Over time the shape of the still slowly changed

The most dramatic change is the part above the pot.

This evolution carried out over the 19th and 20th centuries improved the quality of cognac eaux-de-vie.

Moorish-headed stills are rare in the cognac vineyard.

Distillation in the 17th century

In the 17th century, this is how wine distillation was presented:

Put sixty pints of good wine in a copper bladder, and cover it with its Moorish head, or its refrigerant, and distil about the sixth part, or continue the distillation until it no longer rises. spirit, which always rises first in all fermented & vinous liquors; put this spirit in a bottle, and seal it well. This first spirit thus prepared is called water of life. (after Christophle Glaser, Ordinary Apothecary of King – TREATY OF CHYMIA – 1668).

The shape of the capital

The distillation is carried out in two “toasts”, by means of a still, known as “Charentais”, composed of a boiler of characteristic shape, heated with naked fire and surmounted by a cap in the shape of olive or of onion, extended by a swan neck transforming into a serpentine and crossing a cooling basin called “pipe”.

Depending on the shape of the cap, the rectification, that is to say the selection of aromas and the degree of passage of the alcohols, is very variable. This is why the shape of the châpireau has evolved in order to obtain ever finer eaux-de-vie.

The Moorish Head shape is the oldest form of a still’s capital. It is recognizable by its very flattened shape. It is extended by a link arm leading the vapors directly into the coil.

Moorish head shape stills are now prohibited for use in the distillation of cognac. However, we still find a few in old distilleries which have kept their old equipment, sought-after all-copper collector’s items. 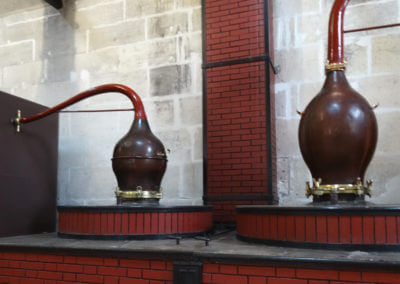 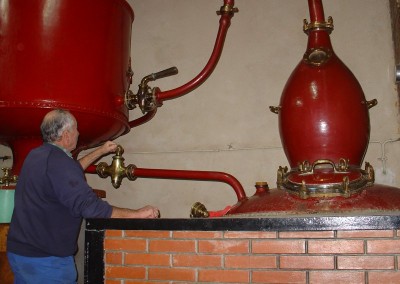 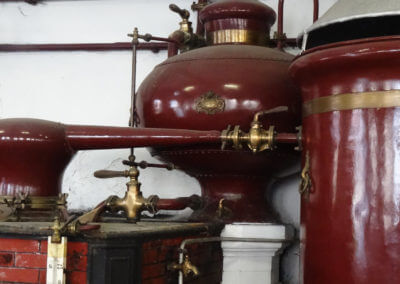 Over time the shape of the still slowly changed. The most spectacular change is the capital, part above the pot, going from the Moor’s head to the onion with its swan neck.